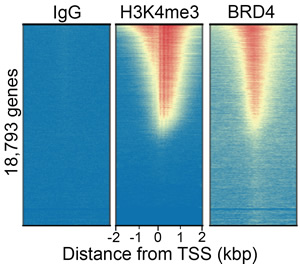 Every lot of a CUTANA Compatible antibody is tested in the indicated CUTANA approach using EpiCypher optimized protocols and determined to yield peaks that show a genomic distribution pattern consistent with reported function(s) of the target protein.